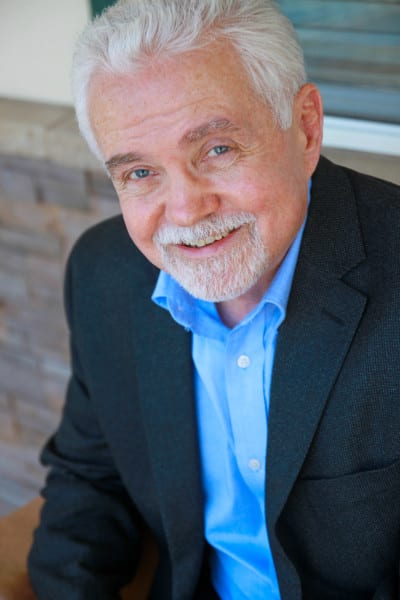 I was born in the mountains of Colorado. However, we moved to Yuba City, California when I was 11 and lived there until 18 when I joined the military. After joining the military, which included several leadership schools, I spent time working at the Pentagon.  It was an exciting time as I worked in support of MIA / POW families. I also supported the congressmen on the Armed Services Committee, some of which were also on the Watergate committee.

After my military experience, I gained life experience by working in factories, mines and lumber mills in Colorado and California. I also attended college and, during my senior year, was asked to run the first medical model Alcohol and Drug Treatment Center at Memorial Hospital which later became Redding Medical Center.

During this time, as my wife and I were busy building our lives and our future, we realized that there was something missing and we wanted to have children in our lives. This is when we first considered becoming foster parents.

It took us over a year to make that decision. At first, we had to come to grips with the idea that opening up our home to children in need was “not about us but about them.”  The thoughts of how we would enjoy having children in our home were replaced by what can we do for these children. Healing, love, and support are what these children needed from us!

Then, in December of 1995, God brought twin 7-year-old boys into the Logan household.  What a blessing and what a challenge! However, we never questioned the decision we had made. It has been one of the most rewarding and challenging experiences of our lives, and a great privilege to raise these children into adulthood.

Now, 18 years later, we see the fruits of the relationship we have with our children.  They are both married and we have 4 grandchildren and one more on the way.

We have always thought of these children as “our own”, from the first morning we brought them home.  It was a week before Christmas and it was a Christmas we will never forget.

It was from this experience that the idea of creating a foster family agency came about. As with all of my endeavors over the past 30 years, I wanted to “be involved with changing people’s lives”! So in 1999, I founded the Children First Foster Family Agency, followed by Children First Counseling Agency in 2007, and Lassen Counseling Agency in 2011.

In addition, I have also had the privilege of founding the first Christian Treatment Center for alcohol and drug addiction in Northern California, the first Immediate Care Facility for the Developmentally Disabled (ICF/DD-H), and I have served in several agencies that address the needs of children and adolescents.  I currently serve in the leadership of my church and provide executive coaching for individuals who have asked for my guidance. Most recently, I was asked to become president of the board of directors for a nonprofit dedicated to the identification and cure of Kawasaki Disease.

My past, present, and future are deeply entwined with serving people, especially those in need and I am dedicated to helping them to a healthier, happier, quality of life.

Michael B. Logan Founder and CEO

WHAT YOU NEED TO BE A FOSTER PARENT

What You Need To Get Started